What’s in iOS 13 for App Commerce? 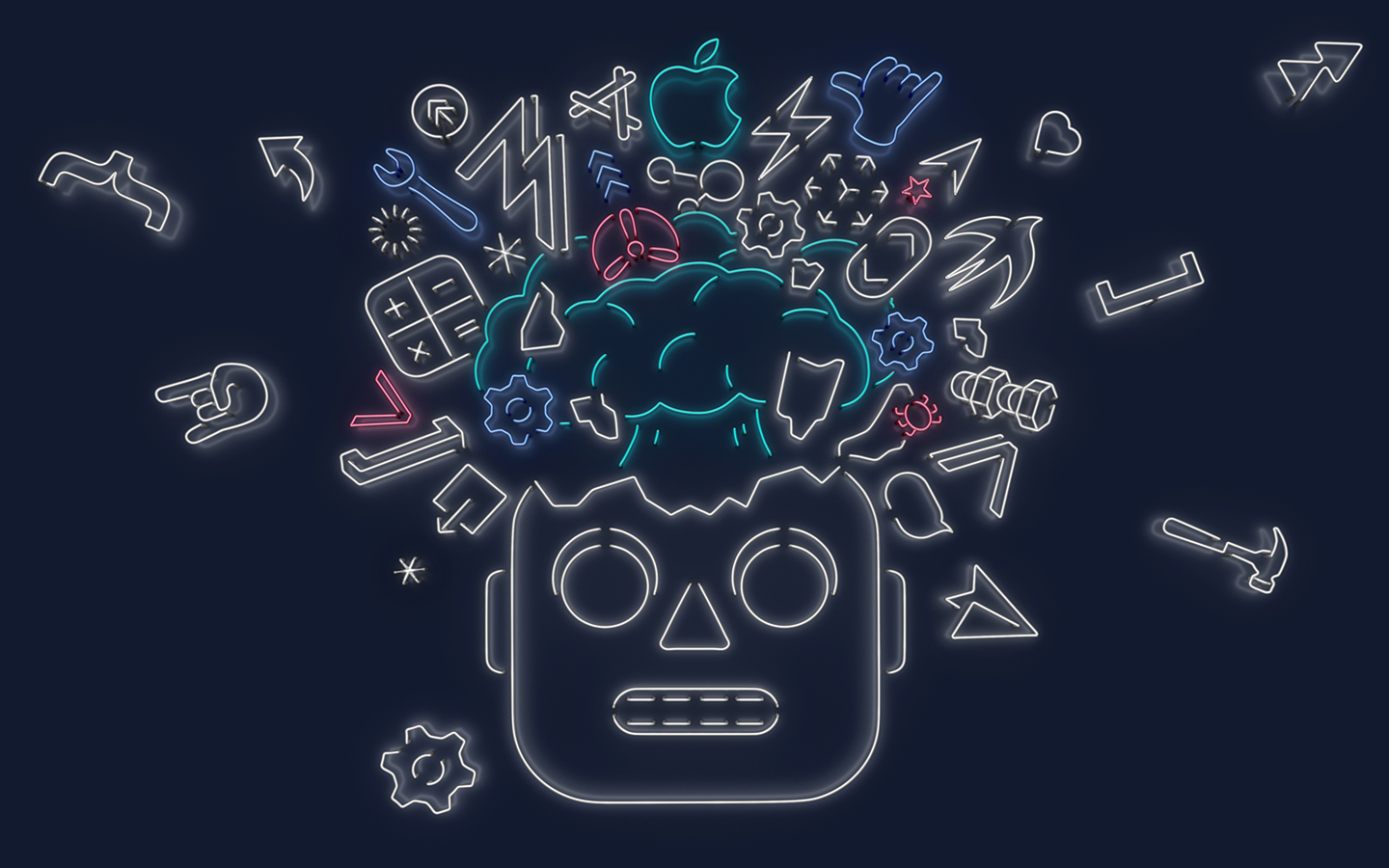 At the 2019 Apple Worldwide Developers Conference yesterday, a series of new product updates were unveiled. All of Apple’s operating systems will come away with some epic new capabilities. However, as app enthusiasts we are focusing on the upcoming changes that will have an impact on retailers. Coming out on top for iOS 13 are enhancements in:

One of the features released, which may have the biggest impact on retailers, is Apple Sign In. Users will be able to log in to their apps using either Apple ID or a single anonymous token ID per app. Users will be able to choose whether to provide their name, real email, real phone number, etc. However, no matter what the user decides, the sign in can be authenticated via Touch ID or Face ID. As a result, two-factor authentication is built into Apple Sign In, providing users with greater security. Apple Sign In and two-factor authentication may have implications for Strong Customer Authentication (SCA) payments. On 14 September of this year, users within the European region will be required to have two factor authentication for payments. As such, Apple Sign In may end up providing users with immediate compliance to the new regulation. We are not sure what the true implications for SCA are and will be sure to provide updates once we have a better understanding.

What will most likely be one of the biggest implications for retailers as a result of Apple Sign In is email communications. With Apple Sign In, should the user choose, the email information is not automatically shared. While users can choose to provide their true contact information, retailers cannot rely on apps to collect valid email addresses for personalised marketing purposes. With Apple Sign In, users may sign up for apps with an Apple generated email (e.g. krg123456@redirect.apple.com). This email can be added to marketing campaigns and subsequently result in the email being redirected to the real email address. However, retailers will have no idea who they are emailing, making targeted messaging potentially difficult for Apple Sign In users. Subsequently, app push messaging would increase in importance for maintaining customer relationships.

Apple revealed their new developer tools that includes SwiftUI, ARKit 3, Reality Kit and Reality Composer for easy and exceptional app development. SwiftUI is a powerful new way of building native apps. It takes large portions of the app development process and automates them. It also shortens development time by allowing developers to see their code changes in real-time – like with web development.

Due to the simplicity of the SwiftUI tool app development can exceed the speed of apps built using web coding or React. However, apps built with SwiftUI are built from pure native code, run natively, and as a result are lightning fast – faster than React and other web based apps.

At Poq, our codebase is already 100% Swift – moving away from Objective-C since Swift 1. We have also already migrated to the latest Swift code. Additionally our current UI architecture will allow us to seamlessly adapt to SwiftUI. Poq developers will utilise the new app development tools from an experienced position and will instantly utilise its entire potential.

SwiftUI can also be used to build apps across the entire Apple ecosystem. As such, retailers who wish to have their products also shoppable on Mac, Apple TV or Apple Watch can have their platform specific apps launched quickly and easily. Many retailers have special product drops where customers will often queue up for hours to ensure they get the limited edition items. With SwiftUI writing an Apple Watch app is easier than ever. With it, retailers can send customers exclusive messages about product drop locations, times, and more. The SwiftUI ultimately provides retailers with an entire new range of possibilities for building engaging shopping experiences. It’s also important to mention that all apps are provided with automatic support for Dynamic Type, Dark Mode, localisation, and accessibility – keeping native UX consistently ahead web.

It is undeniable that many retailers are tapping into the Augmented Reality (AR) trend, using the tool to provide an immersive shopping experience. Nike recently released NikeFit which uses AR as a way to help their customers find the perfect shoe fit. With the ARKit 3, Reality Kit, and Reality Composer developers can painlessly implement engaging AR features into their retail apps. Retailers no longer need fear the complexity of AR and can instead imagine and ultimately release the powerful capabilities of AR to their customers.

Apps are already outperforming web and are set to become even faster, 2x faster to be exact. With FaceID speed also increasing by 30%, shoppers will be able to login, search, browse, and purchase far more efficiently. Plus, apps will become smaller. According to Apple, apps will be packaged in a new way so that downloads are 50% smaller and updates are 60% smaller on average. Customers worried about losing storage will soon experience download freedom.

iOS 13 is bringing with it some pretty cool machine learning features including Voice Control, image entropy detection and offline machine learning model training. The new Voice Control will significantly improve accessibility for motor-impaired users. This feature allows for complete hands-free, voice-only control of a retail app. Once detected the feature will allow users to use their voice to navigate the iPhone, iPad, and their respective apps. Voice Control is supported offline and would only require internet access when searching for products.

Some retailers have images in different shapes and formats on their website and within their product feed. With the new image entropy detection capability the app will be able to automatically find the product within the image and crop it to fit on the various app screens: Product Listing Page, Product Display Page, Wishlist, and Cart.

It can be understood that we are in an era of retail personalisation, with many retailers working with third parties to produce specialised campaigns based on customer data. However, with the new offline machine learning model training, much of the personalisation data will be provided by the device directly. iOS 13 itself will use machine learning to provide predictions and recommendations to its users. As a result retailers may be able to start relying on the built-in capabilities of iOS 13 to implement personalisation tactics.

For the past few years Apple has taken security and privacy very seriously. With the iOS 13 unveiling the security of Apple devices have been taken to a new level. All apps downloadable from the App Store must get consent for data collection even if the data is considered anonymous. As a result both logged in and guest users will need to provide consent upon the first app launch once iOS 13 has been downloaded to the users phone. Retailers will need to start thinking about privacy to ensure their users consent.

Apple has decided to release a new iPadOS separate from that of iOS with its own features and capabilities. One of those features is an updated Slide Over which will allow users to have multiple apps open at the same time. Also there will be split view capabilities so users can use more than one app at once.

In general the iPad will function much more like a desktop computer than a mobile device with support for bluetooth and USB mouses, drives and other devices . These new capabilities could potentially deem desktop computers irrelevant in the long term. What will happen still remains to be seen but apps may become more prominent in a wider range of devices, potentially eating into the share of web even more.

Retail apps which have taken advantage of Siri shortcuts from iOS 12 will receive even more benefits. iOS 13 introduces conversational shortcuts providing users with the ability to interact with their favourite shopping apps in a conversational way. App interaction will ultimately become a two-way communication helping customers effectively discover and buy.

With Dark Mode bed-time shopping becomes far more pleasant. Customers who enjoy browsing for their next desired product in the evening will not be accosted by a bright white light. Dark Mode will invert the typical white background and black text to a black background with white text. Your eyes will thank you.

This is just the beginning of the understandings around the capabilities, features, and implications of iOS 13 and Apple’s other developments. But, we can surmise that the new operating system will affect the app world and the retailers who are members.

Important: This blog has been written based on the current public information around iOS 13. As more material is released we will be sure to make any necessary edits to previous statements as well as provide more messaging around the impact on retailers.