Infographic: App revenue across the UK 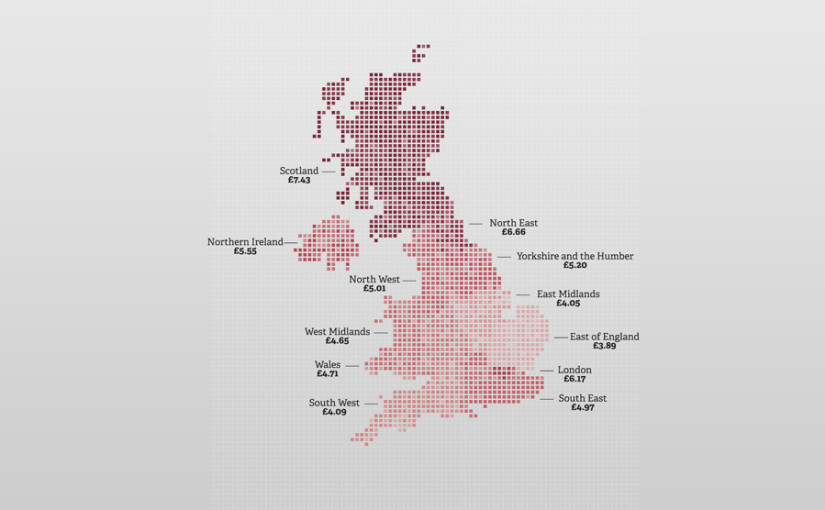 Want to know where the UK’s most profitable app shoppers are based?

The infographic below outlines what we found when we analysed shopping app user behaviour across the UK. We used a sample of two million shopping sessions that took place on Poq-powered apps throughout Q4 2015. 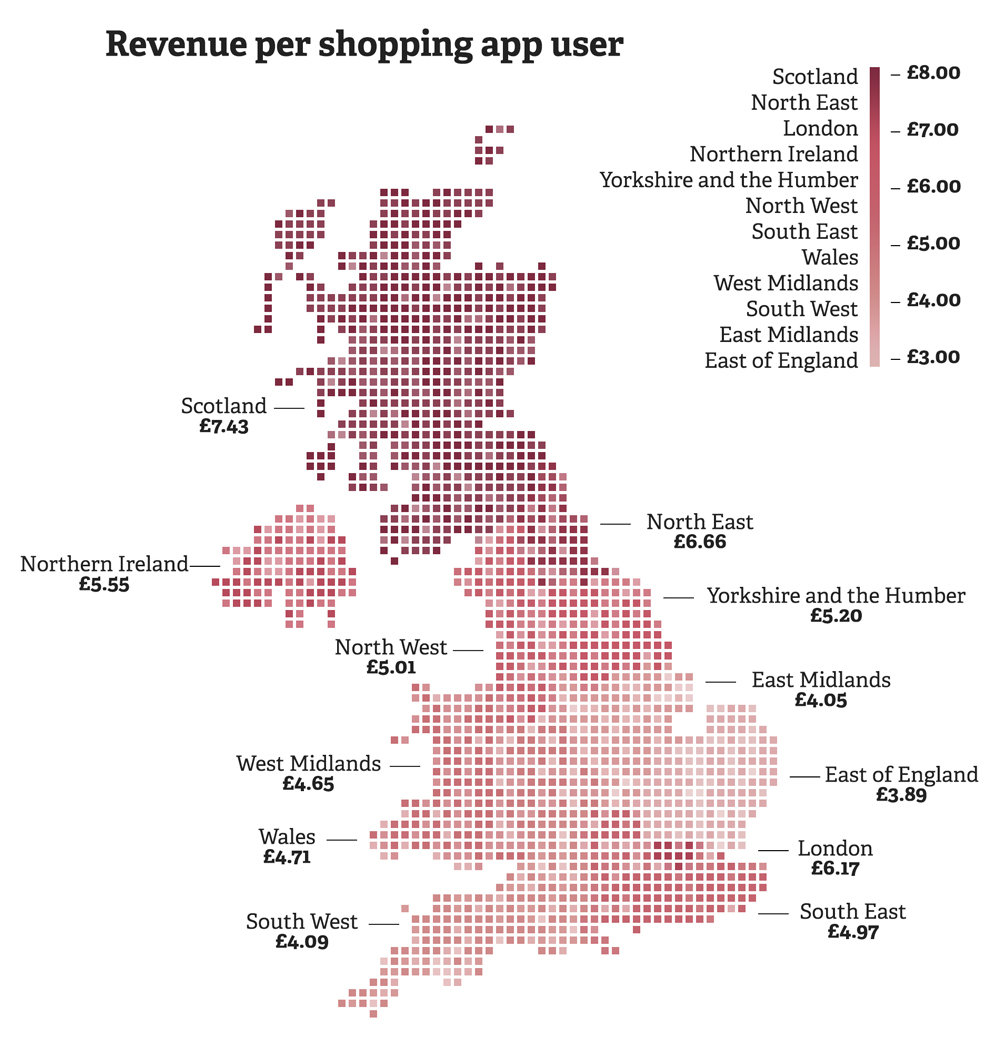 London, the city with the largest population in the UK, generated half (54%) of the shopping app traffic and half (51%) of the total app revenue during Q4 2015. Outside of London, the three areas that generated the biggest proportion of app revenue were Yorkshire and the Humber, Scotland and the West Midlands. You can read more about app shopping during peak trading in our Peak Trading Report 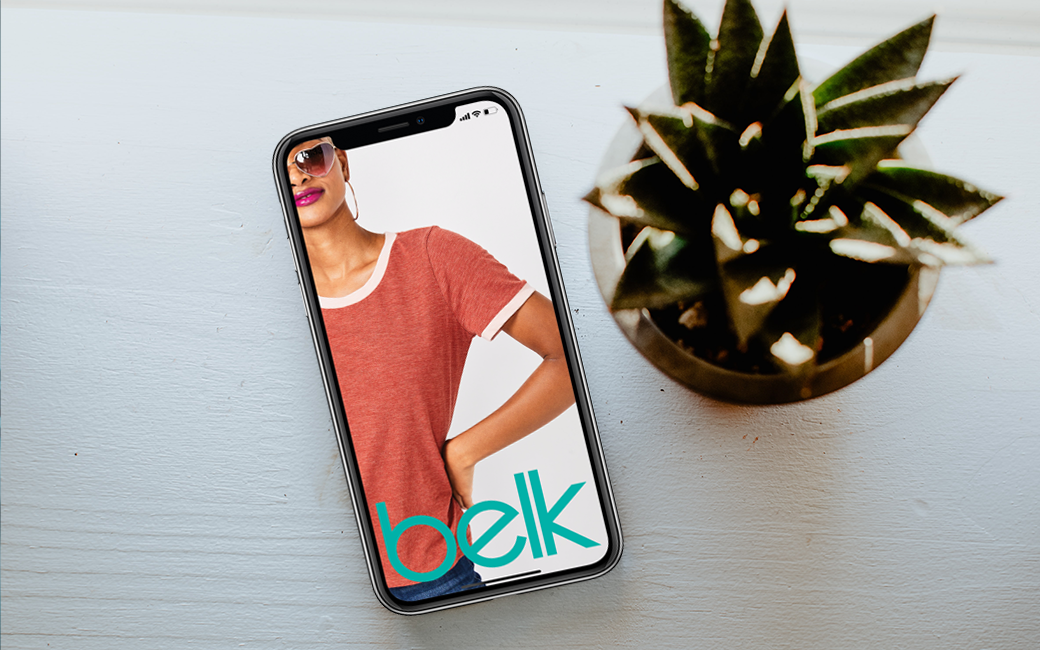