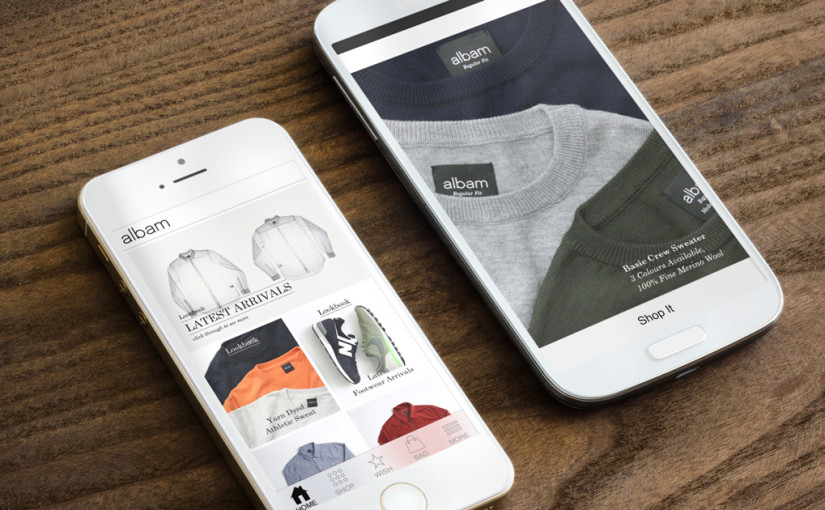 This week marks the first anniversary of the Albam iPhone app, which saw an addition to the family when the Albam Android app was launched in mid-December 2014.

The mobile app strategy of British menswear brand Albam has proven highly effective since the start of its implementation a year ago. Various factors have contributed to Albam’s success. Foremost the Albam team have shown a deep understanding of their customer base. The app is fully on brand and is merchandised with the same meticulous eye for detail as their three physical London stores.

Customers have shown their appreciation of this thoroughness by writing app store reviews that compare the app to the physical stores. With an average rating of 4.5 stars (out of 5), the app is highly popular. This is also reflected back in generated revenue: sales made through the app now account for over 10% of the retailer’s online sales.

From a content perspective, the app features detailed product images, social sharing options, and a wishlist function. Three of the main driving factors of engagement and conversion include: